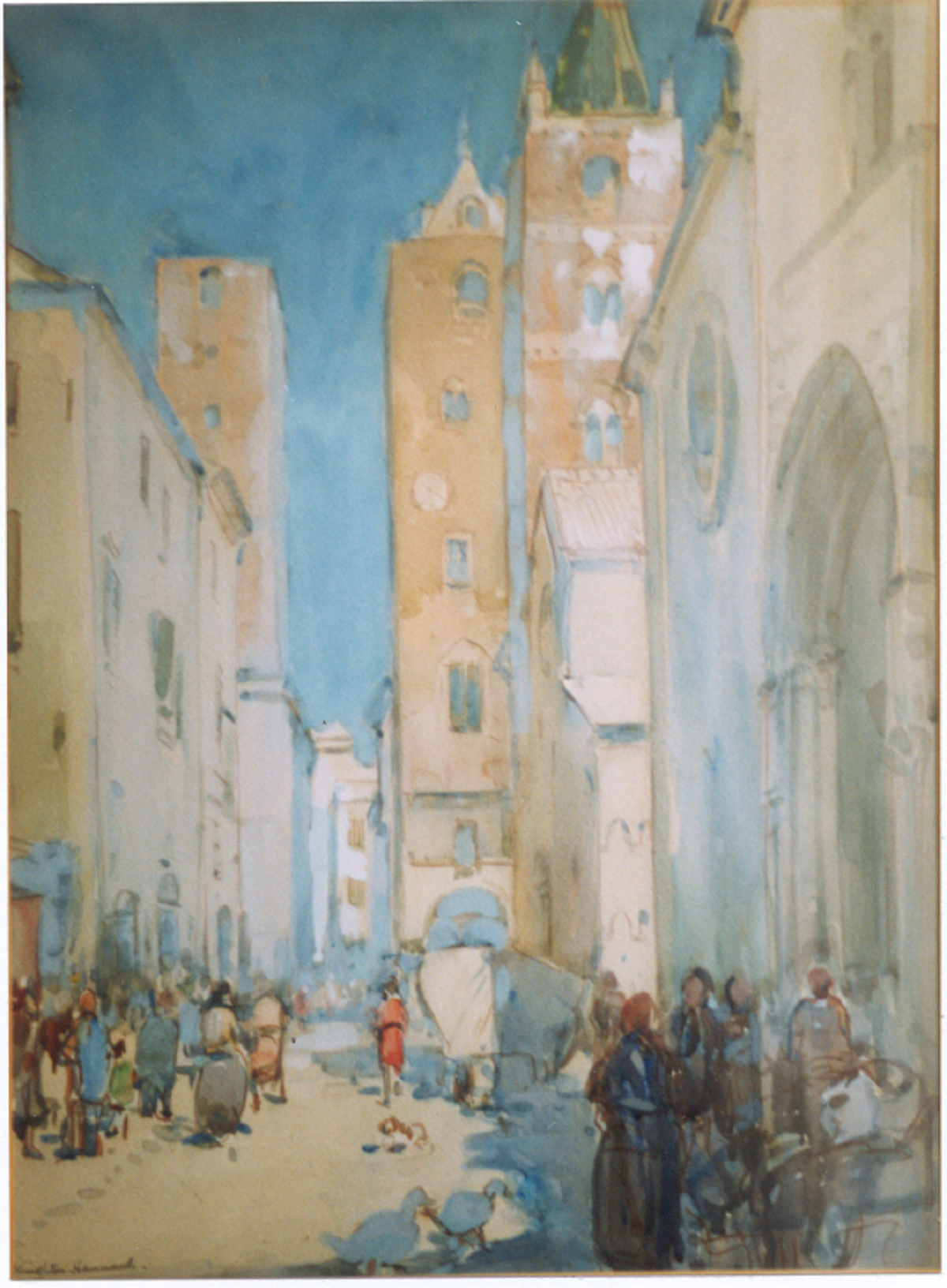 Whatever clues to artistic technique Knighton-Hammond had managed to glean for himself living in the South of France and Italy between 1922 and 1932, the tuition that he received at Manchester Municipal School of Art under Adolphe Valette just before WW1, gave him a firm sense of direction towards Impressionism.

This watercolour of Albenga in Italy, like most of K-H’s continental street and market scenes, can be described as a celebration of urban life. The tall, imposing buildings are a mastery of perspective and are a testament to the technical virtuosity of his draughtsmanship. The busy figures in their clusters, reveal human stories being told and bringing movement and life to the work which is certainly one of the most necessary tasks of the true artist. K-H masters this along with showing his potential as a colourist and amply demonstrates his compositional strength.