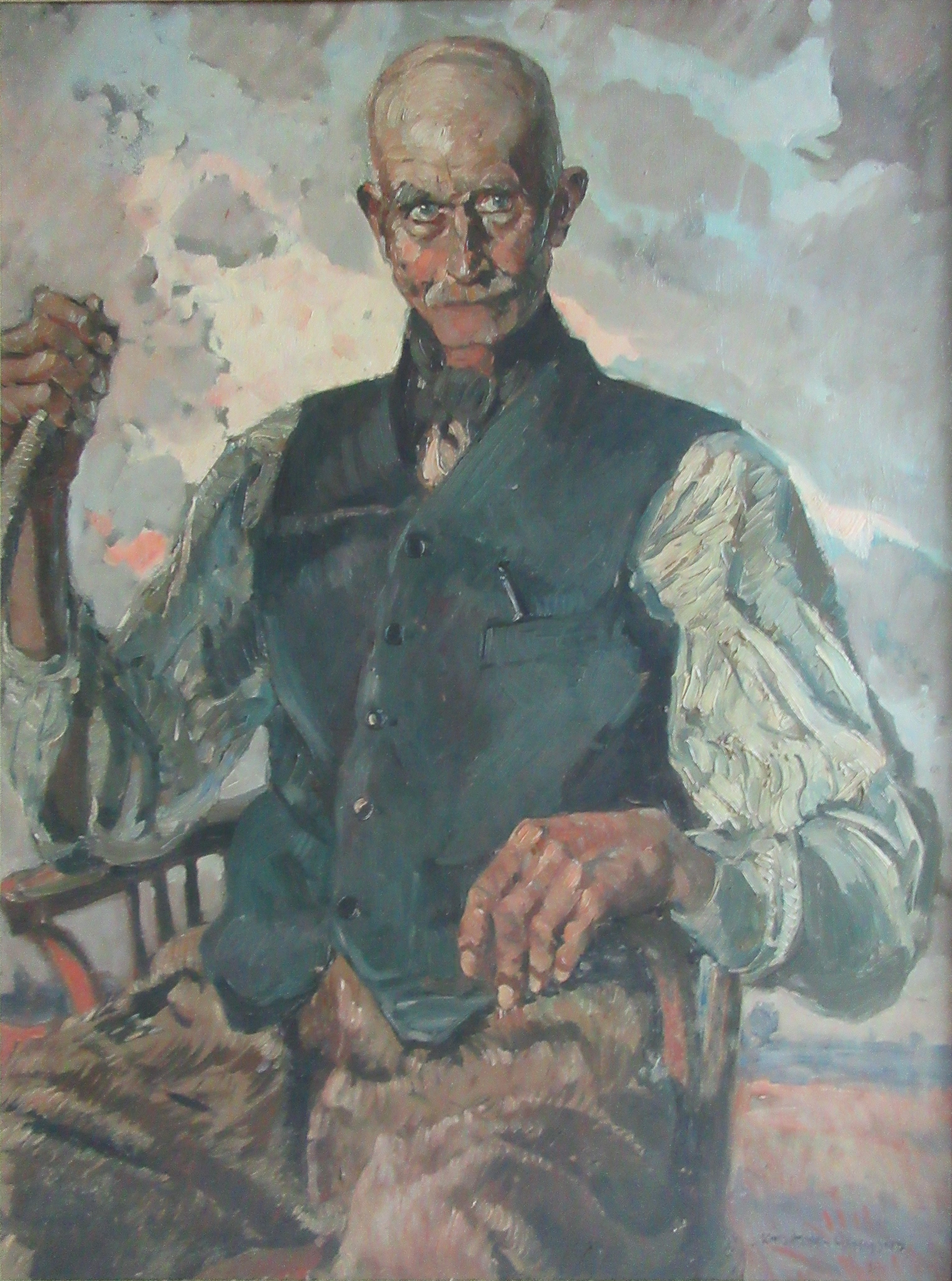 The gentleman in this portrait is Wilfie Weaver, a local Ditchling character who was well known for carrying out maintenance on the roads in and about the village. As with so many locals, Mr Weaver was invited into Knighton-Hammond’s studio at Dymocks Manor to sit for his portrait. The artist shows his penetrating powers of observation as he conveys the human presence of Mr Weaver in this character study rather than mere artistic process, important though that is and the artist had this in abundance.

The sitter is portrayed staff in hand sitting in a Windsor chair out of doors with sky and landscape as the backdrop, however, the powerful depiction of Wilfie is such that he is projected out of the picture into the space of the spectator well away from the background.

Thick, impasto paint is used to model the head and hands giving texture and solidness. The clothing convincingly has the human structure beneath.

The ‘old boys’ of Ditchling had great appeal to Knighton-Hammond. One can only imagine the conversations that would have taken place during the sittings. Wilfie has an endearing expression on his face probably as a result.