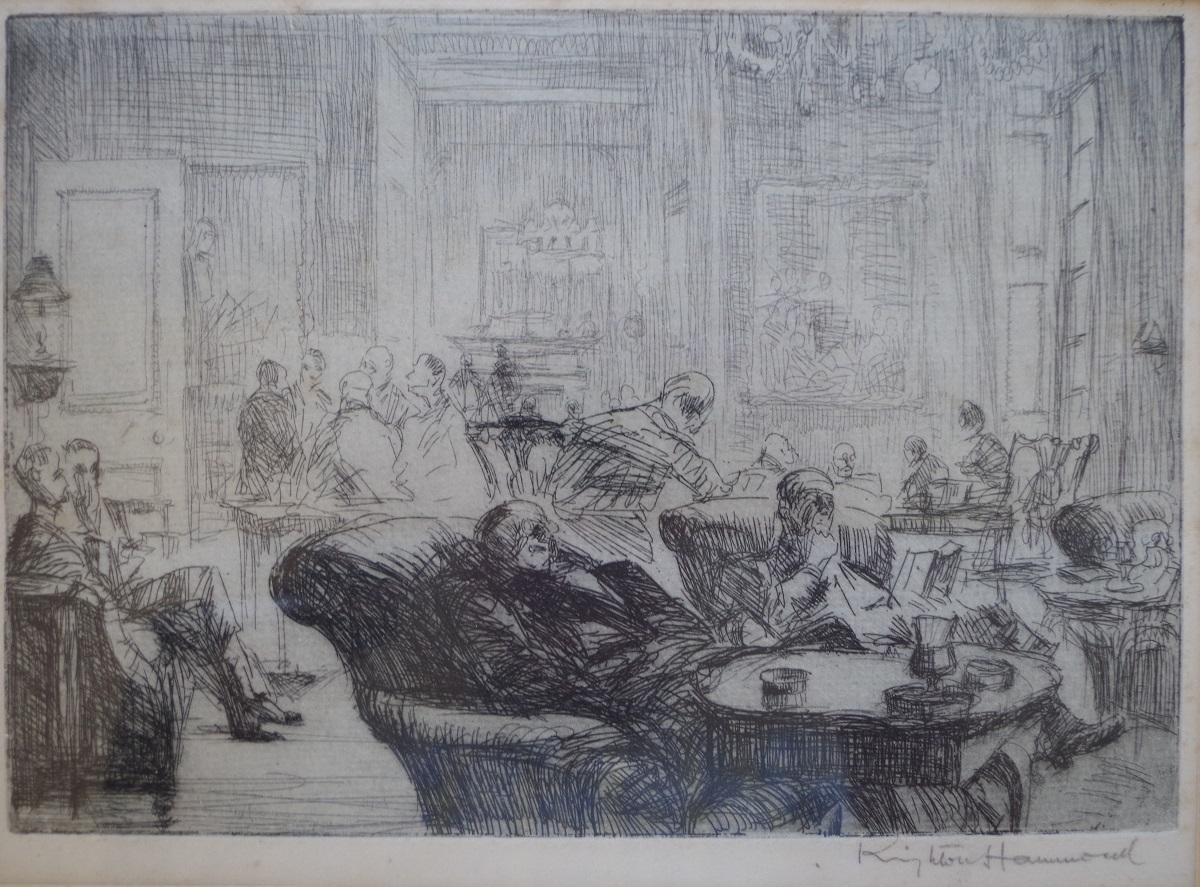 Knighton-Hammond was a member of the Arts Club, Dover Street and would often attend during the 1930s. He enjoyed the company of fellow artists and couldn’t resist getting his sketchbook out. The interior scene was later transferred to the etching plate. This is the larger of two etchings of the Arts Club Knighton-Hammond produced. His etching needle was working at speed in quite an attacking manner and there is a lot of ink in the foreground studies which reduces further into the picture. He captures the various conversation pieces taking place in the club. The artist was to later re-work the plate adding more to the background and produced a later state for the etching.